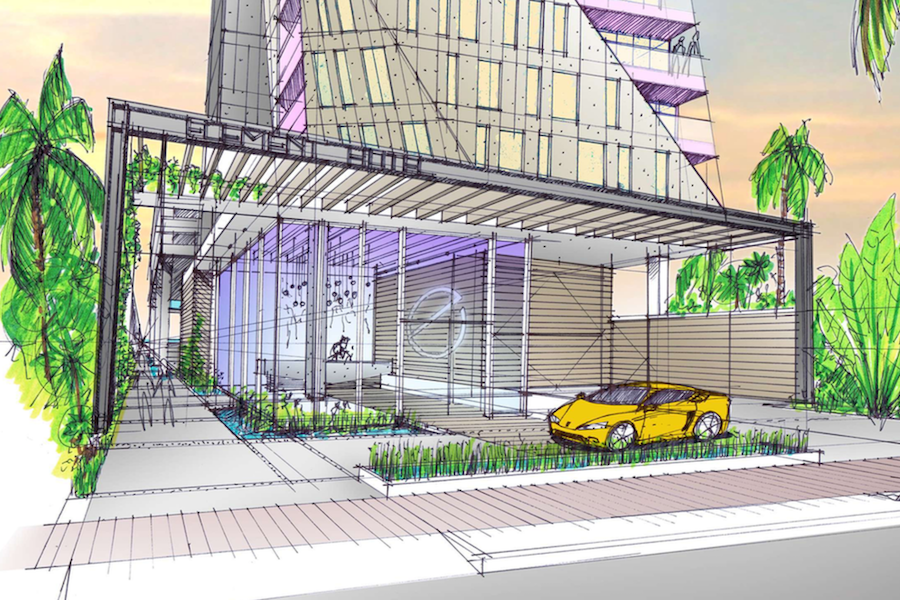 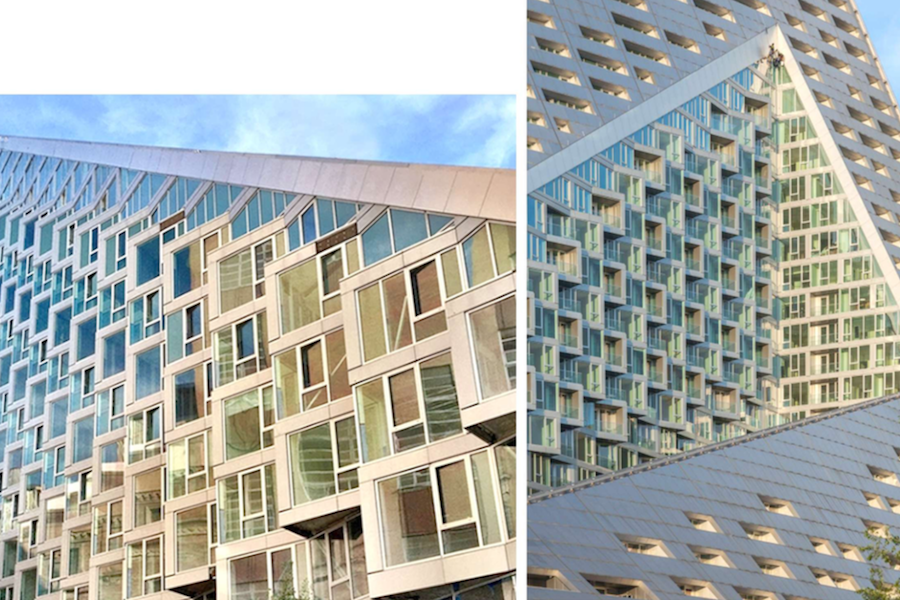 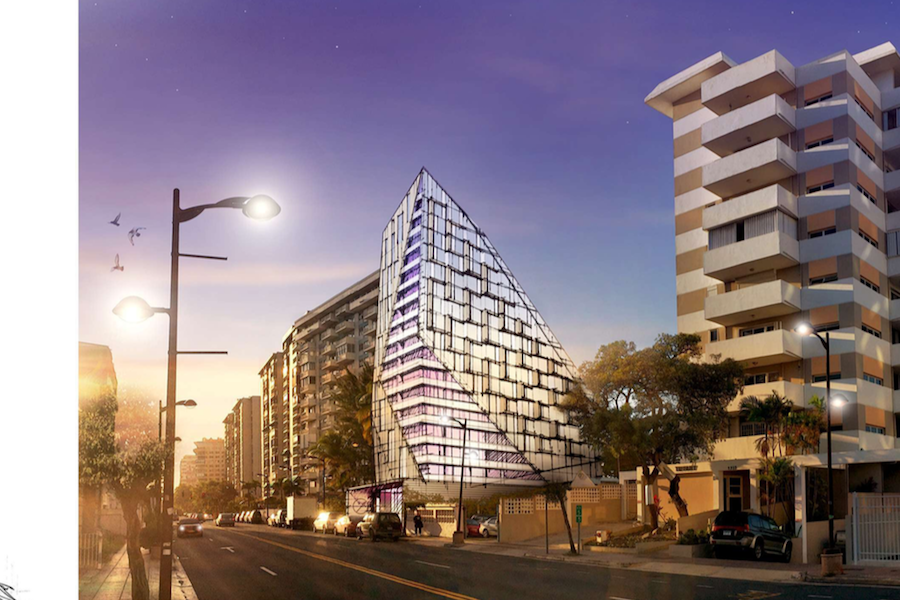 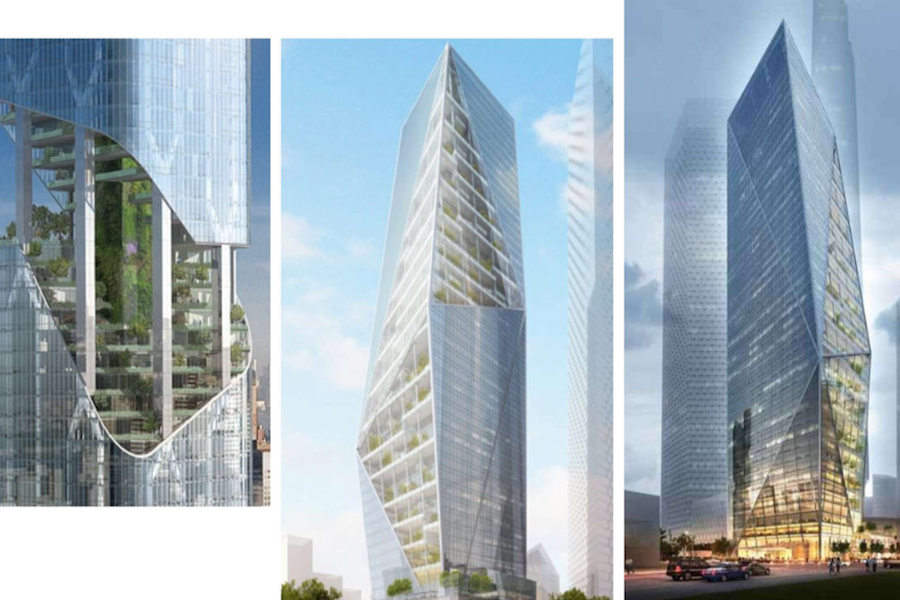 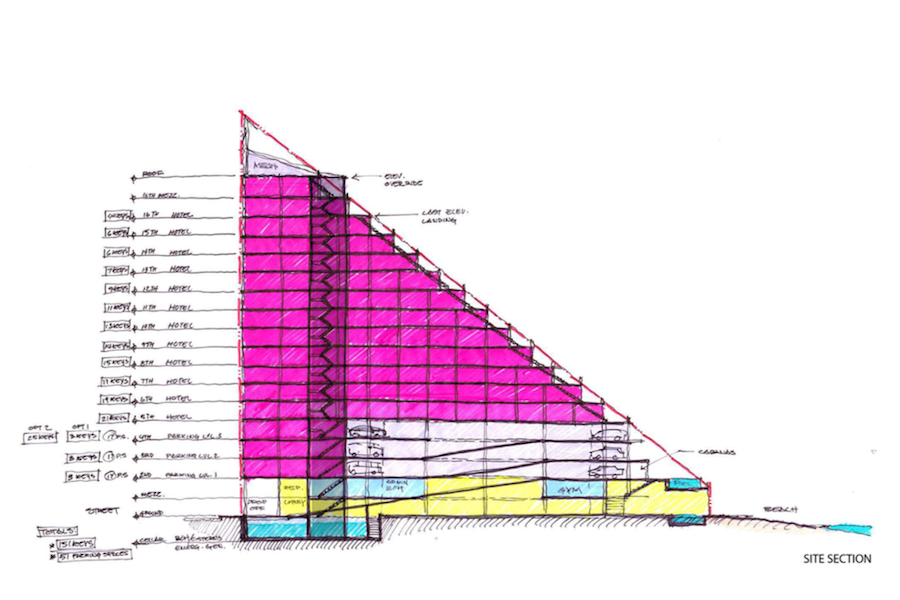 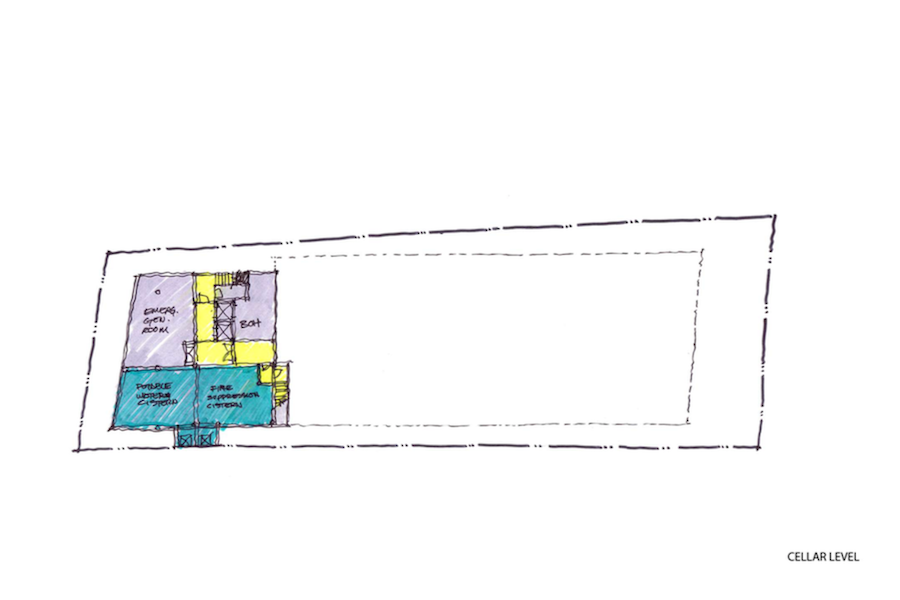 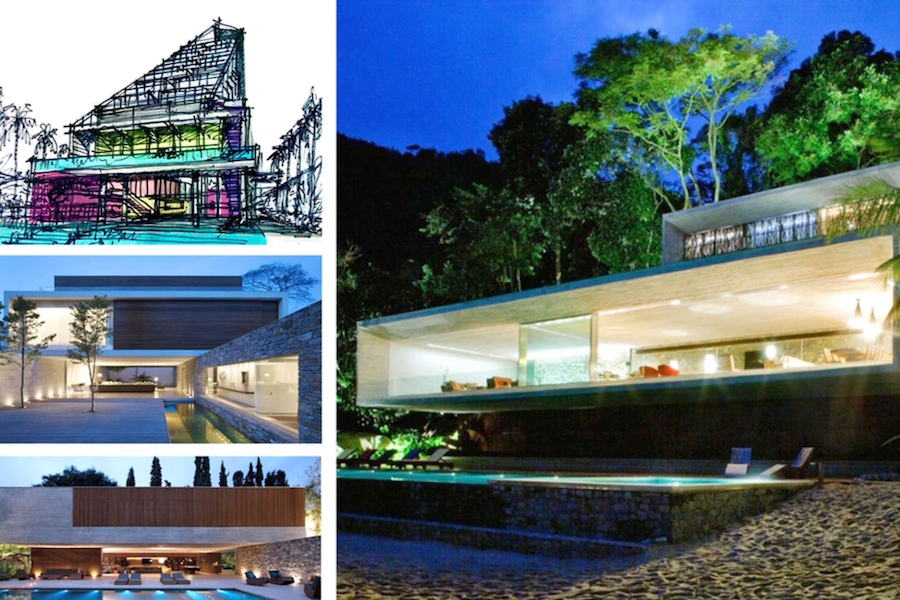 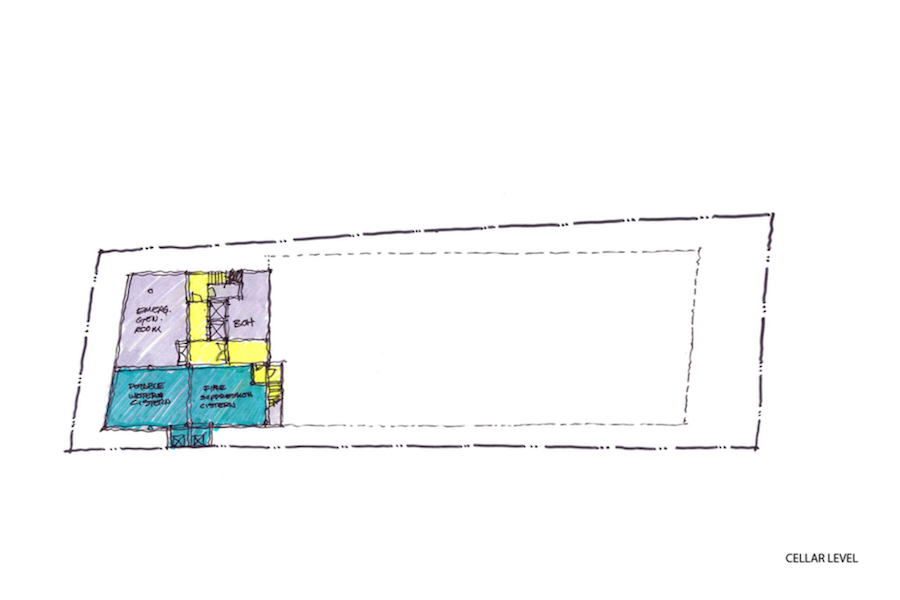 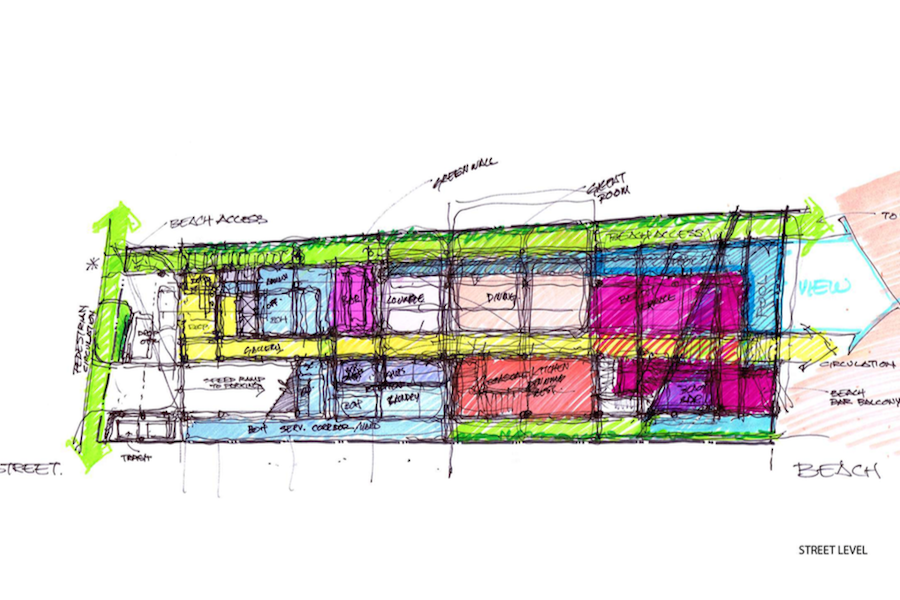 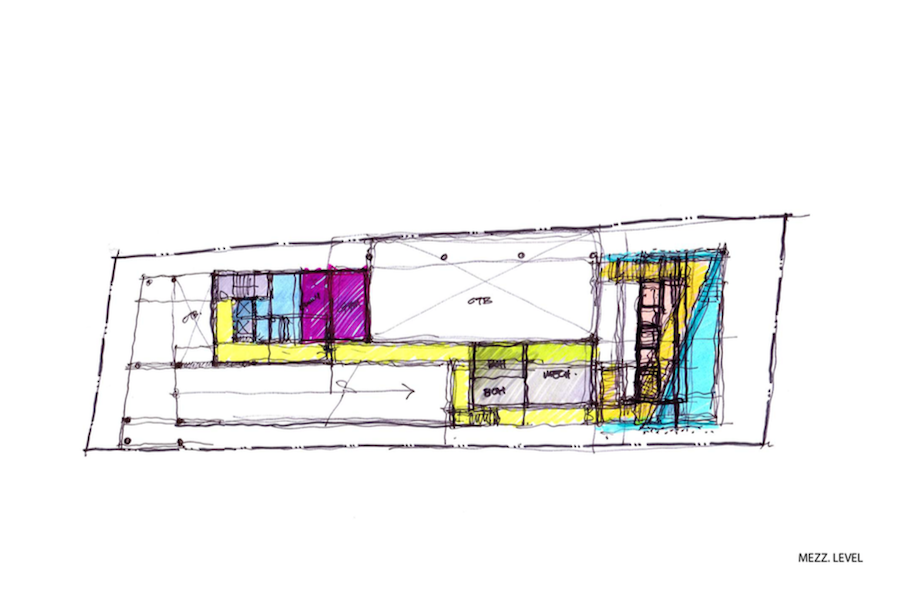 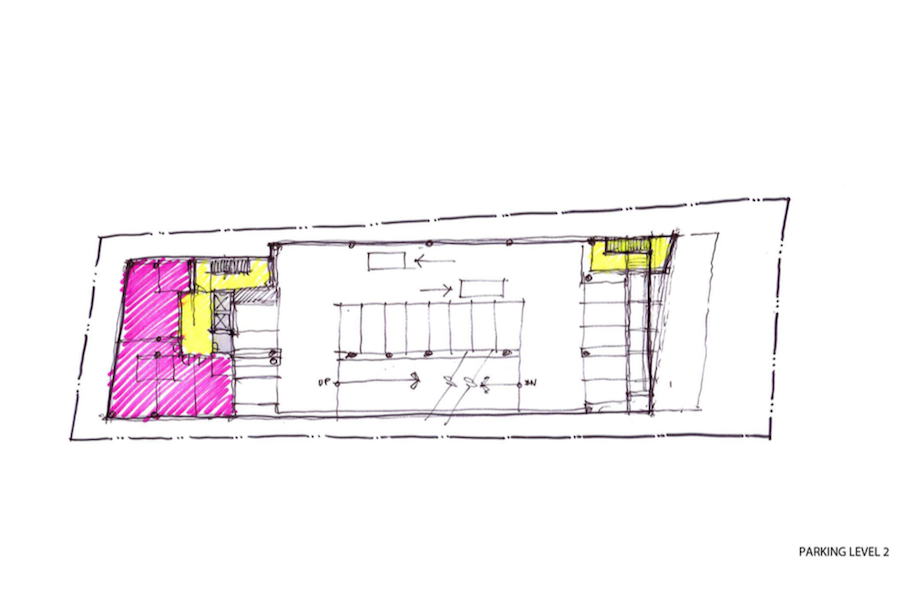 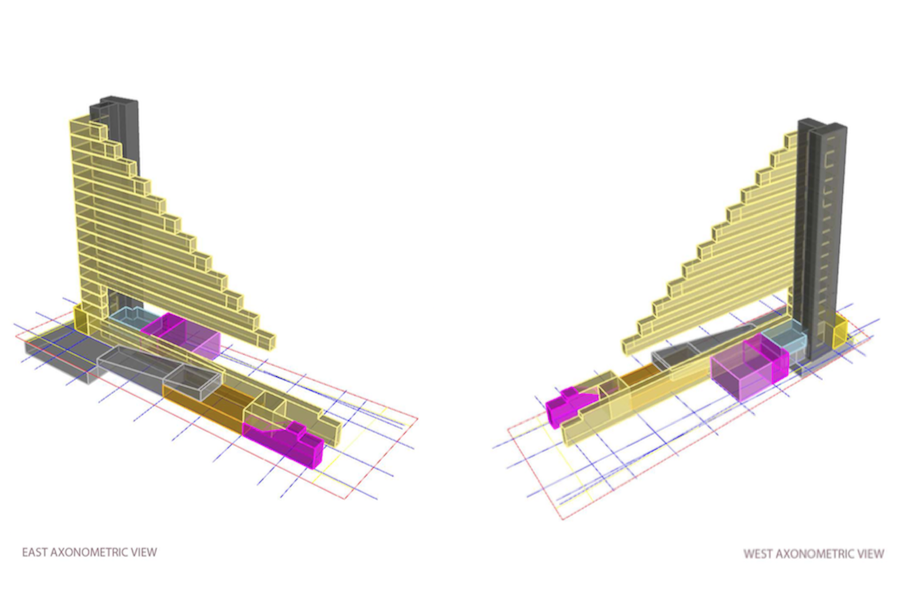 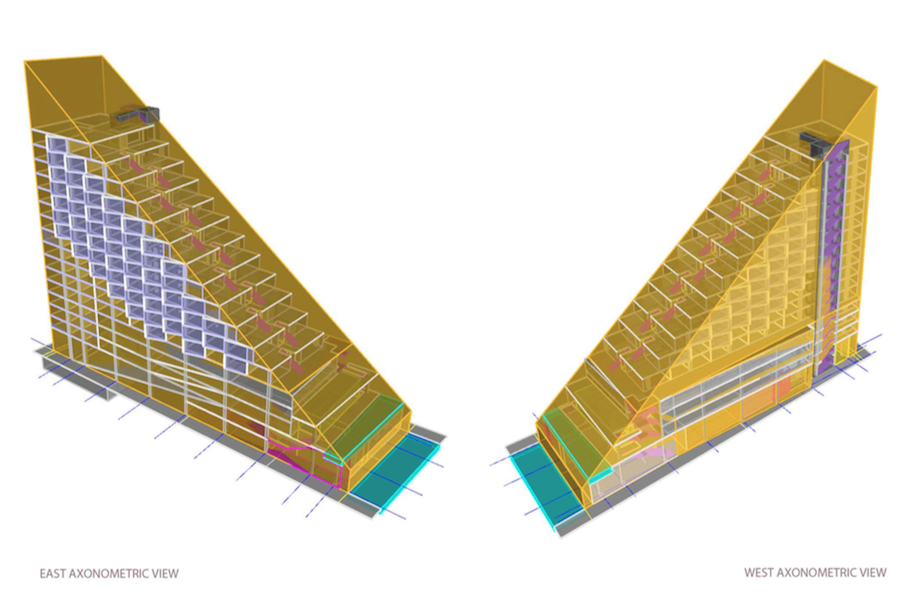 V Architecture created a breathtaking vision for an upscale hotel on this unattractive lot on Isla Verde Avenue. Our firm was called in its first phase to evaluate the site and assist in determining the project’s feasibility. The client was interested in building a 3-Star, extended-stay hotel on an upscale standard as defined by the Smith Travel Research.  The intended general program included 160 guest rooms at 400 square feet each, the hotel branding standard functions for support and common areas, and an additional exterior bar that would serve guest and local patrons alike. The property is a long, narrow parcel of approximately 1,855 square meters that contains old structures deemed unsalvageable due to their age and current state of disuse. Still, V Architecture sees potentials where others don’t, and the result was a sleek space concept inspired by global, modern and cosmopolitan influences.